Workshop overview This workshop will explore the processes that drive accretion onto supermassive black holes, from the most luminous distant quasars to more quiescent local systems. Currently there are conflicting discussions in the literature over which processes are most important, with different observations or theoretical studies often providing apparently contradictory results, as well as theorists often disagreeing with the observers. One cause of these disagreements may be that we are exploring systems with a very wide range in black hole mass, Eddington ratio, redshift, and environment as illustrated by the figure at right.

The workshop aims to clarify the ranges of parameter space that are probed by different studies, and help understand how the key physical processes may vary with these parameters. The workshop will feature an exciting program of both observational and theoretical talks and posters as well as active discussion.

The main questions to be addressed will be: 1. What are the links between black-hole growth and their host galaxies and large-scale environments?

What fuels the rapid growth of the most massive and also the first black holes? What is the detailed nature of AGN feedback and its effects on black hole fueling and star formation? Affordable ensuite accommodation at the University has been reserved and is recommended for the workshop.


Workshop rescheduled to July Updated 16 April , pm Owing to the volcanic eruption in Iceland that has created widespread disruption in participants' travel to the workshop, the meeting has been rescheduled for July We intend for the programme and schedule to be as similar as possible, and hope that all participants will be able to come. Please let us know by email at growthofblackholes durham.

For more details on travel disruptions and the rescheduling of the workshop please click here. What Drives the Growth of Black Holes? Durham University 26 - 29 July You wouldn't hear a thing. However, do you think those scenes would be improved in dead silence while we're watching all these explosions? Hell no. That's one plot hole I can deal with. If your sniffy scientist friend start's saying, 'but it's not realistic', tell them you know and they can shove their bachelor's degree up their arse.

If that's no plot-holey enough for you, take the end of the Florida Project spoilers follow. Saw the film yesterday so the example is fresh in my mind. It's about an impoverished single mum and her daughter living in a cheap motel on the fringes of Disneyland. At the end of the film, the main character, a stubborn girl called Moonie, escapes the motel with her best friend. They run all the way from the motel into Disneyland - the place that had been on the fringes of the story for so long finally brought into the forefront.

The final shot is of them walking towards Disney castle hand in hand. Was this a powerful ending? Yes, it was beauitful.

Was it realistic? Fuck no. It was a huge gaping plot hole. Two children could never just walk into Disneyland without tickets, not to mention the numerous motorways between the motel and Disneyland. While this was a plothole for sure, it would take a real coldhearted sunnuvabitch or, in short, a writer with his ear pressed to the ground to break the suspension of disbelief.

When I first watched the film, I just thought 'this is fucking awesome, what a great ending. If we saw a montage of them hitchhiking to Disneyland and sneaking in it would ruin the impact of the ending, despite how that would be more realistic.

That isn't a plot hole. It's a deliberate stylistic choice. I get what you're saying since one of the people who criticized my writing said almost the exact same thing you just shared with me and I very much appreciate both of your efforts to share this with me. I also am aware of the part where realism should drop down for entertainment purposes.

I don't mind these blatant plotholes like the Star Wars space with sound stuff to be in a film or in a book. Even I have something like that, that revolves on my specific universe. I was told that it really depends on the genre or the atmosphere of the story on whether I'll support the realism of the world and set an abnormal scenario that can be a teeny-bit possible to happen in the outside world. The plotholes that I was talking about is I should have specified this on the post, sorry for example, We have superhumans with specific type of abilities that may come in handy on certain occasions.

If the superhuman can turn invisible, why not just take the hostage and get out?

Much more than documents.

This kind of plothole is what I'm talking about. The reason was At this point I'm just asking whether should I free-ball a scenario to make it better or am I just creating these scenarios that I think that is better. Do you have an outline of your story with major plot points? Keep that handy while you're writing. If it doesn't relate to overall story or characters, it's unnecessary. Show and don't tell. Don't describe your world. Show your world using your characters but it has to relate to the overall story somehow.

I don't read books expecting or hoping for something perfectly logically consistent. I don't really care if there's a minor plot hole here and there as long as the story is good. And why was Bert helping with the lie? 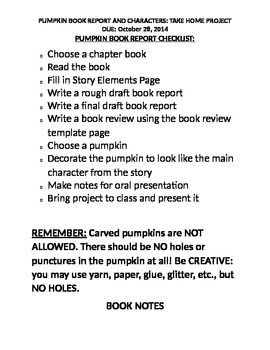 It seems new producer John Yorke just did not have an interest in this bizarre plot, so it was scrapped. This is something a lot of soaps are guilty of, but Enders has some glaring examples. Michelle Fowler is the worst offender - not attending her mother Pauline or brother Mark's funeral for some convoluted reasons or another. The revolving door of soap casts are usually to blame as actors can't always come back.

Recent examples include the majority of Max's extended family not showing for Abi's funeral. Ian and Jane love a plot hole! This is a weird one as the show portrayed the Lucy Beale murder case as gaining national attention, so eventually when Bobby Beale was exposed as his sister's killer and arrested in , the fact that the police just decided to not look into Ian and Jane's role in covering up the murder wasn't just empathetic, it was a miscarriage of justice and negligence.

No one asked questions about the situation ever again, until Max showed up for vengeance later in the year - with the Beales somehow taking the moral highground.

Perhaps that's why Jane got such a strange exit - call it karmic retribution! Ahhh Sam Mitchell, what a hot mess of a character progression. Daniella Westbrook was the original actress to play Phil and Grant's maneating little sister in the s, but as Westbrook was repeatedly axed from the show for her off-set behaviour, she eventually seemed gone for good. In , John Yorke cast Kim Medcalf as Sam, with her returning as a more mature woman with an enterprising mind and business accumen. Medcalf's Sam left the show in after going on the run to Brazil to avoid charges for perverting the course of justice in Den's murder case.

Diedrick Santer later brought Sam back again in - but this time played once again by Daniella Westbrook, with her personality reverting back to her original portrayal and all character progression forgotten. Westbrook returned for guest stints in and , but we wonder if we will see Sam again - and who will play her next!

EastEnders' biggest plot holes ever - from Abi to murder

Don't get us wrong, we love Janine Butcher and hope Charlie Brooks returns any day now, but the repeated failure of the British police to lock this serial killer up is madness. Janine got away with killing Barry as she pushed him to his death and then sat on a rock and watched him die. She then mowed down Ronnie Mitchell's tragic daughter Danielle Jones in , which she faced no charges for - she even mocked Ronnie for it on occasion.

Finally, the superbitch stabbed deranged husband Michael Moon to death, and then tried to pin it on Alice Branning. A change of heart saw her admit the truth, but she got off with claims of self-defence.


The minx was last seen heading to Paris with plans to con a lottery-winning couple. Who says crime doesn't pay? Are there any other EastEnders moments that made no sense to you?